Effects of drug abuse and addiction

Drugs are chemicals that affect the body and brain. Different drugs can have different effects. Some effects of drugs include health consequences that are long-lasting and permanent. They can even continue after a person has stopped taking the substance.

There are a few ways a person can take drugs, including injection, inhalation and ingestion. The effects of the drug on the body can depend on how the drug is delivered. For example, the injection of drugs directly into the bloodstream has an immediate impact, while ingestion has a delayed effect. But all misused drugs affect the brain. They cause large amounts of dopamine, a neurotransmitter that helps regulate our emotions, motivation and feelings of pleasure, to flood the brain and produce a “high.” Eventually, drugs can change how the brain works and interfere with a person’s ability to make choices, leading to intense cravings and compulsive drug use. Over time, this behaviour can turn into a substance dependency, or drug addiction.

Today, more than 7 million people suffer from an illicit drug disorder, and one in four deaths results from illicit drug use. In fact, more deaths, illnesses and disabilities are associated with drug abuse than any other preventable health condition. People suffering from drug and alcohol addiction also have a higher risk of unintentional injuries, accidents and domestic violence incidents.

The good news is: Substance use disorders are treatable

THE EFFECTS OF DRUG ABUSE ON HEALTH

Substance use disorders are associated with a wide range of short- and long-term health effects. They can vary depending on the type of drug, how much and how often it’s taken and the person’s general health. Overall, the effects of drug abuse and dependence can be far-reaching. They can impact almost every organ in the human body.

Side effects of drug addiction may include:

EFFECTS OF DRUG ADDICTION ON THE BRAIN 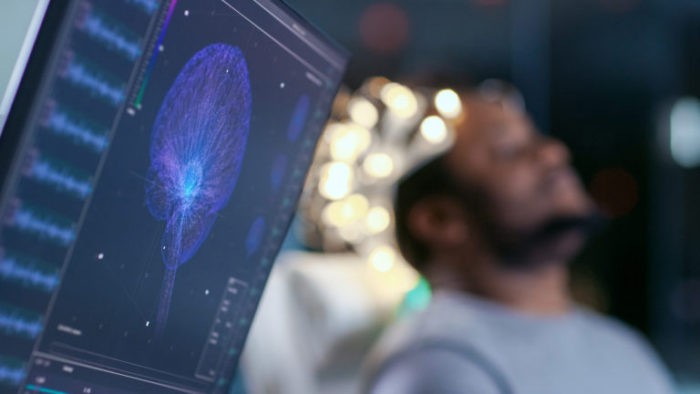 All drugs–nicotine, cocaine, marijuana and others–affect the brain’s “reward” circuit, which is part of the limbic system. This area of the brain affects instinct and mood. Drugs target this system, which causes large amounts of dopamine—a brain chemical that helps regulate emotions and feelings of pleasure—to flood the brain. This flood of dopamine is what causes a “high.” It’s one of the main causes of drug addiction.

Although initial drug use may be voluntary, drugs can alter brain chemistry. This can actually change how the brain performs and interfere with a person’s ability to make choices. It can lead to intense cravings and compulsive drug use. Over time, this behaviour can turn into a substance dependency or drug and alcohol addiction

Alcohol can have short- and long-term effects on the brain and disrupts the brain’s communication pathways. These can influence mood, behaviour and other cognitive function.

It is reported that alcohol-induced brain problems can often be corrected with proper treatment. Abstinence from alcohol for months or years can help partially repair thinking abilities, like memory skills.

Substance use disorders can lead to multiple behavioural problems, both in the short- and long-term, which can include:

These effects of drug abuse have serious consequences, like missed work, punishable offenses, accidents and injuries. In fact, alcohol and drugs are partly to blame in an estimated 80 percent of offenses leading to jail time in the U.S. These incidents include domestic violence, driving while intoxicated and offenses related to damaged property. Legal and illegal drugs excluding alcohol are involved in about 16 percent of motor vehicle crashes. In the past year, almost 12 million people drove under the influence of illicit drugs, and almost 4,000 fatally injured drivers tested positive for drug involvement.

The NowWhat AfterCare program is designed to equip individuals with the practical steps, tools and guidance to become responsible, employable and self-sufficient members of the community.

4 Ways to Stay Inspired on a Recovery Journey

The Importance of Accountability in Recovery

How to Overcome Triggers in Recovery

3 Ways to Combat Feelings of Loneliness in Recovery

The Path to Recovery Is Not Always the Same

Take the Next Step with us

Designed and Hosted by HostFaddy

We use cookies on our website to give you the most relevant experience by remembering your preferences and repeat visits. By clicking “Accept All”, you consent to the use of ALL the cookies. However, you may visit "Cookie Settings" to provide a controlled consent.
Cookie SettingsAccept All
Manage consent

This website uses cookies to improve your experience while you navigate through the website. Out of these, the cookies that are categorized as necessary are stored on your browser as they are essential for the working of basic functionalities of the website. We also use third-party cookies that help us analyze and understand how you use this website. These cookies will be stored in your browser only with your consent. You also have the option to opt-out of these cookies. But opting out of some of these cookies may affect your browsing experience.
Necessary Always Enabled
Necessary cookies are absolutely essential for the website to function properly. These cookies ensure basic functionalities and security features of the website, anonymously.
Functional
Functional cookies help to perform certain functionalities like sharing the content of the website on social media platforms, collect feedbacks, and other third-party features.
Performance
Performance cookies are used to understand and analyze the key performance indexes of the website which helps in delivering a better user experience for the visitors.
Analytics
Analytical cookies are used to understand how visitors interact with the website. These cookies help provide information on metrics the number of visitors, bounce rate, traffic source, etc.
Advertisement
Advertisement cookies are used to provide visitors with relevant ads and marketing campaigns. These cookies track visitors across websites and collect information to provide customized ads.
Others
Other uncategorized cookies are those that are being analyzed and have not been classified into a category as yet.
SAVE & ACCEPT
Select your currency
USD United States (US) dollar
ZAR South African rand
Open chat
1
💬 Need Support?
Hi, 👋
My name is Jason 🤓
I am here to help.

Please let me know if I can call you back or if there is anything specific that I can help you with.